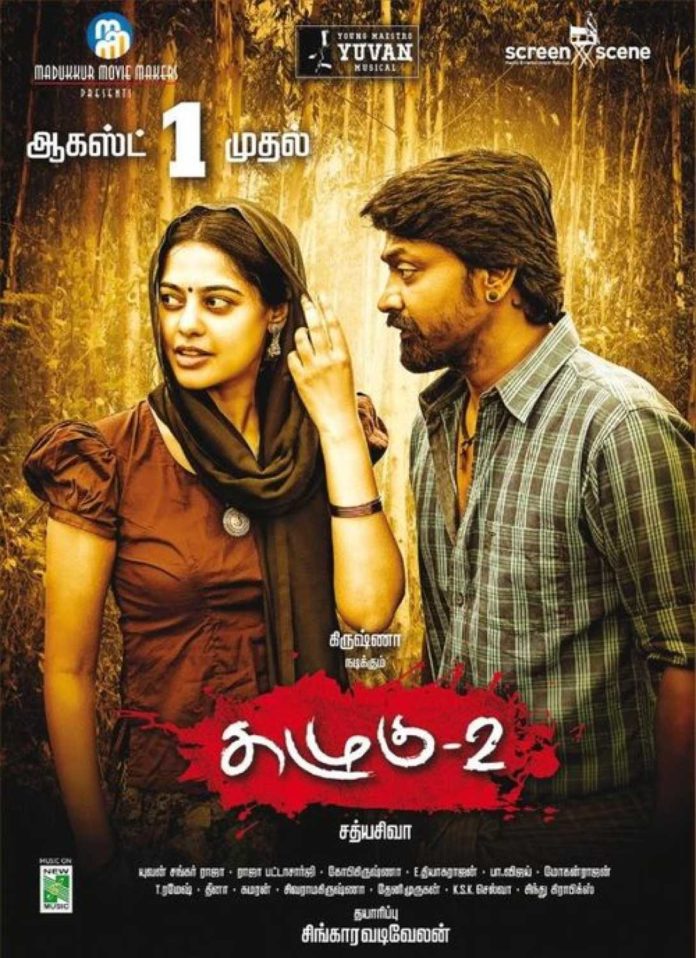 Krishna a carefree guy, doing looting in a small town. In his hard Circumstance he took policeman’s gun and come to forest and acted as a Hunter. There he loves Bindu Malini and their love won or broke is the climax. Kazhugu and Kazhugu2 is not a prequel and sequel stories. So, audience should mind about its such a fresh story. Story is happening around theni and theni suituated forests. Krishna’s acting is good and entertaining.

Kaali Venkat acted as krishna’s friend and he is abet of his crimes. Their collabration is entertaining. Krishna acted as a carefree boy, who never think about his future. Bindu Malini’s village role is suitef perfectly.
Her innocent acting is intense. At somepoint, Bindu Malini loves Krishna. After the film turns into romance tale. Raja Battacharya camera work is the biggest plus for Kazhugu 2.

Unwanted songs were flows. Kaali Venkat, MS Bhaskar characters were good. Yuvan Shankar Raja’s Item Number song and 2 Romantic songs were good. But, if he give much concentration in background score in the sense film should be more intense. SathyaSiva ‘s direction is good.

Once upon a time in Hollywood receives 7 minutes standing ovation...