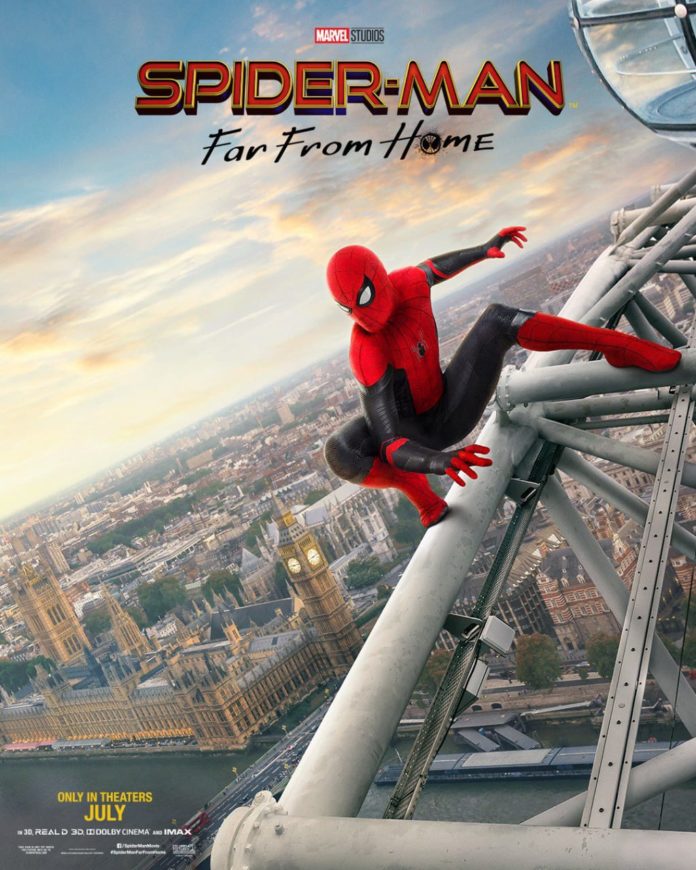 CURTAIN RAISER – Tom Holland appeared as Spider-Man in Spider-Man: Homecoming (2017) grossing over $880 million worldwide, making it the 2nd-most successful Spider-Man film & the sixth-highest-grossing film of that year! The theme was about Peter Parker who tries to balance high school life while also being Spider-Man, when he is forced to face the Vulture (Michael Keaton), an arms dealer who uses a suit with mechanical wings forged from Chitauri technology. It was Tom’s 1st outing as the web-slinging Spider-Man with the screenplay set against the backdrop of New York City. Mounted on a massive scale, this highly anticipated sequel, Spider-Man: Far From Home places the spotlight on Spider-Man like never before & the setting of the screenplay this time is world-wide! So far, the character has been hanging up the towering skyscrapers of USA most of the time so far, here the swing is wide across the globe!

SYNOPSIS – Peter Parker is now on a school tour to Europe which he looks at as on opportunity to see the world! But least does he know that there is much more to that trip as he realizes soon that his outing is aimed at not only ‘seeing’ the world but ‘saving’ it too!  Touted to be the truly-global Spider-Man movie, the story spins across, Venice, Mexico, Netherlands, the Alps, Berlin & Prague before moving into London! Spider-Man is not a prince, not a multi-millionaire, not a specially-powered alien from another planet; he is just that teenager that he always used to be, in the other outings so far! Here too, his strong connectivity with his Aunt May (Marisa Tomei) & best friend, Ned (Jacob Batalon). Now that the events of Avengers: Endgame has hurried past, Spider-Man has to now to fall in line with a formidable bigwig, Nick Fury (Samuel L. Jackson), the one-eyed super spy! Nick recruits Peter to investigate an outbreak of some unexpected events through elemental creatures, each formed out of fire, water, earth & air! Peter runs into Mysterio (Jake Gyllenhaal) who too is powerful!  Zendaya appears as Michelle ‘MJ’ Jones- Parker’s classmate, friend & love interest! The further events that occur would take the viewers to a different level of action & adventure!

CREDITS –Directed by-John Watts (he directed the 2017 film too!)