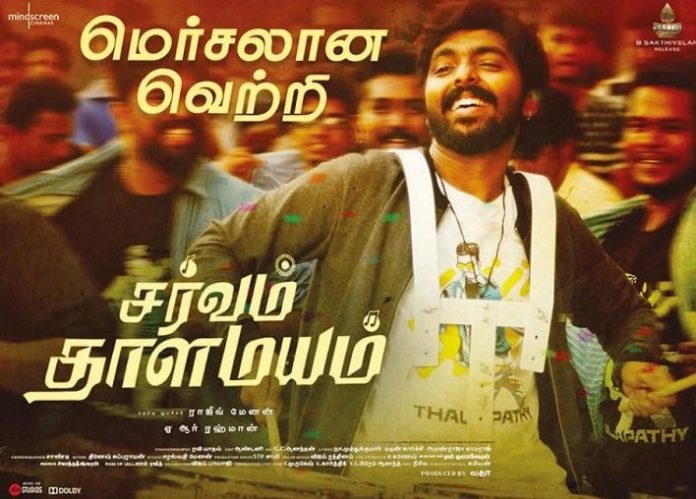 SarvamThaalaMayam Director Rajiv Menon knows the target audience for this move and has executed it neatly for them. Carnatic Music lovers & ARR fans will love this movie. DhivyaDharshini has done her role with ease, as she has done VJ role more than anyone else.

We all know that Actor G V Prakash is a big Thalapathy fan & good Musician. Hence, he has done the role of Thalapathy veriyan & carnatic music lover with ease. NedumuniVenu has lived the role.