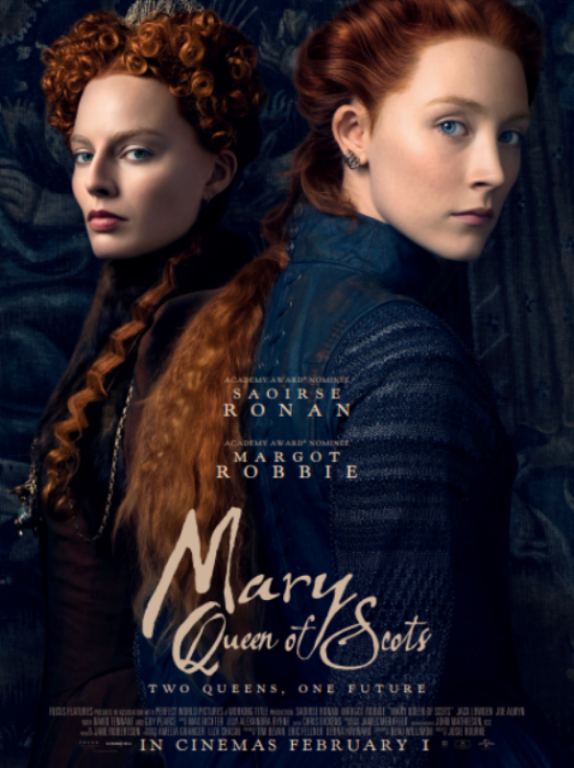 Based on John Guy’s biography Queen of Scots: The True Life of Mary Stuart, this is a historical drama written by Beau Willimon the film featuring Saoirse Ronan as Mary, Queen of Scots & Margot Robbie as her cousin Queen Elizabeth I  chronicling the 1569 conflict between their two countries.

Queen of France at 16 and widowed at 18, Mary Stuart defies pressure to remarry. Instead, she returns to her native Scotland to reclaim her rightful throne. However, Scotland and England fall under the rule of the compelling Elizabeth I. Each young Queen beholds her sister in fear and fascination. Rivals in power and in love, and female regents in a masculine world, the two must decide how to play the game of marriage versus independence.

For her performance, Robbie earned nominations for a SAG Award and BAFTA Award for Best Supporting Actress, respectively.

Post-script reveals that upon Elizabeth’s death in 1603, James 1, Mary, Queen of Scots’ son and heir became the first monarch to rule both Scotland and England.

Sultana of South Nikki Galrani set to shake a leg in...